Dr. Annis was born in Utah and raised in the Air Force. Her family finally nested in Alexandria, Virginia, where she and her younger sister finished high school. She developed a love of theater and music in her teens which meant she practically lived in the auditorium. She honors that spirit today by continuing to sing and dance whether anyone is watching or not. She loves to read but admits her favorite books are cookbooks and hiking guides.

At 30, after practicing medicine as a Physician Assistant for 8 years, Dr. Annis decided to return to medical school. She completed her dual residency in pediatrics and internal medicine at Duke University in 1996. She worked as lead physician at Hillandale Medical Center and Lakewood on Broad until August 1999. That same year, she became joint owner of Carrboro Pediatrics and Internal Medicine. She now runs a Direct Primary Care practice adjacent to CPIM called Unorthodoc. Thus, she no longer takes new patients at CPIM.

She now lives in Durham with her spouse. When not practicing medicine, she can be found swing dancing and hiking the Eno River Trails.

For our established patients and incoming newborns, our doctors are available by pager 24 hours a day, including weekends.

For emergency care, weekend visits can be scheduled by contacting the on call provider on Saturday or Sunday.

Please call the office for our after-hours contact numbers. 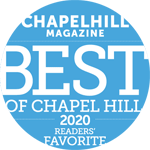